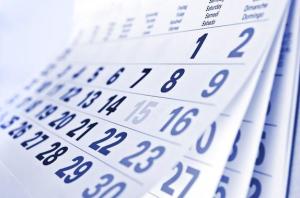 Another week, another Shabbat, another month past and gone. And yet, it still seems like a moment ago that we learned of Jake’s untimely death. What have I gleaned in this past two months? Not much, other than human beings are capable of withstanding the most extraordinary pain without perishing, that one can bear unbearable anguish, that people will constantly amaze and surprise you (both for the good and the bad), and that one day follows the next no matter what.

It has been raining here in L.A. for the past several days. Before the storms moved in, I went up on my roof with a can of Henry’s roof patching compound to attempt a fix of our chronically leaky roof. It is not a job I relish, crawling around with a bucket of black foul-smelling, sticky goo, but we do what we must. When I stepped off the ladder, I remembered the last time I was up there. It was last winter, on the very same mission, but I had Jake along with me. As a child, from the moment he saw me up there fixing something or other, he always wanted to go up on the roof. As he got older, he often accompanied me on missions of repair, installing then un-installing the huge aluminum TV antenna we had up there for years, checking out the satellite dish, repairing the shiny silver ventilating whirlies (ventilating turbines), checking out the possibly of leaks. For me, there is something about being above the rooftops, it gives you a different perspective on the world, for him, he just wanted to be “up”.

What is it about kids, and Jake in particular that they always want to go “up”? As a toddler, he would come over, raise his hands and say simply, “up”, or sometimes nothing 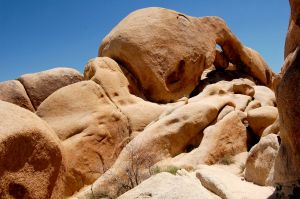 at all. Indicating he wanted me to pick him up. I would toss him into the air amid squeals of delight, hoist him onto my shoulders. Kids want to climb naturally, jungle gyms, trees, rocks. We went up to Joshua Tree many years ago; they have famous rocks. We had to keep an eagle eye on him because we only had to glance away, and he was off. Scrambling up the rocks like a spider. “Look at me”, he shouted, his mom aghast at how high he had climbed in those few moments. Always up, always higher.

This was the first time I had been on the roof since that day last winter, that last time. There will be many ‘last times, first times’. Remembering the last time we did something with him, the first time we do that very same thing without him. We already encounter that. I saw a photo on a magazine cover today depicting the golf course on which we played our last round together, the Pete Dye course at the Westin Mission Hills in Palm Desert. I had to fight back the tears. It is a beautiful course. We started in the afternoon and saw the most magnificent sunset before darkness truncated our round around the 16th hole. I even have shared some pictures from that day. I haven’t played golf since; I am not really looking forward to this ‘first time’, without him.

We are already dreading some of these impending ‘first times’. The spring holidays: Purim and Passover, Mother’s Day, Father’s Day, birthdays, the list of celebrations and occasions goes on. This year will be a year of many firsts, none of them pleasant. We will have to go 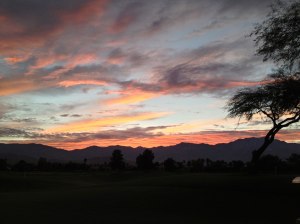 through all of these ‘first times’. Time is like that. It just comes at you, like it or not. Tick tock. How we will deal with them, I don’t yet know. But we will. Just as we have dealt with this past two months: one moment at a time. Eventually, all of the ‘last times, first times’ will come and go, but the memories of those ‘last times’ will never disappear. They might fade a bit, like an old photo too long in the light, but we can never forget the good times, those ‘last times’ we spent with our darling son. Everyone of them now precious. Those memories of the wonderful first times, and the poignant last times are all we have left.

The Infinite Fountain of Love and Loss flows unceasingly into the pool of memory and sorrow. I created this blog in response to the most dreadful tragedy every parent fears, the death of a child, our 24 year old son, Jake. We are now on an unimagined journey along this road of grief and recovery. If you can find some comfort within these pages, than I will have succeeded in some small measure.
View all posts by edcol52 →
This entry was posted in Coping, Daily Ramblings, Golf, Memory, Sadness and tagged firsttime, joshuatree, lasttime, lossofachild, memory, petedyegolf. Bookmark the permalink.